Winter Homecoming Is Back on! Here Are the Details and the Nominees 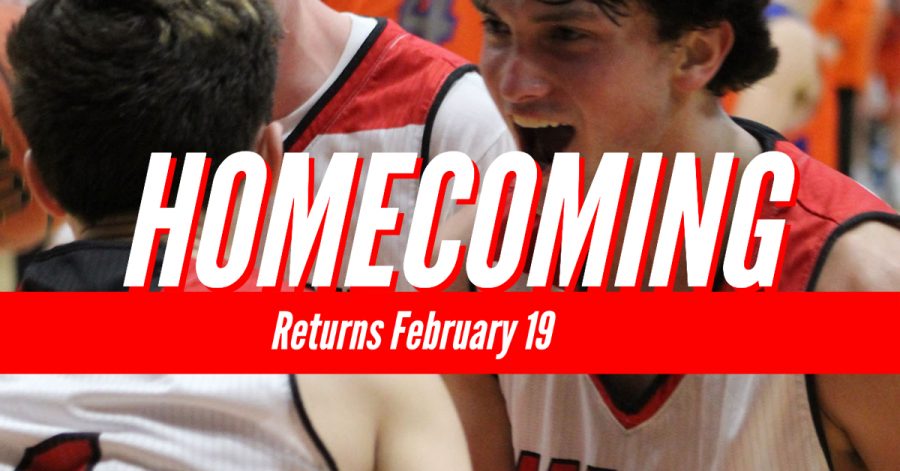 What was once considered a COVID casualty has now been resurrected. Now that the county has been moved from the red to orange COVID designation, The Madison Consolidated High School Winter Homecoming has been approved and rescheduled for February 19th.

Included with the announcement that the ceremony is back on, the MCHS student council has already voted for the homecoming court. The female winter homecoming court winners are Brett Cahall, Abby Hanson, Daesja Jay, Jade Nutley, Mallory Payne, and Gracie True. The male nominees are Zach Forner, Luke Miller, Luke Ommen, Keaton Rowlett, Grant Smith, and Jacob Smith. The junior class representatives are Taylor Lynch and Curtis Jacobs, the sophomore representatives are Jayla Perry and Quinton Huff, and the freshman representatives are Cambria Maddox and Don Chen.

Without fans in attendance, a homecoming ceremony where students would have had a chance to dress to the nines and win the coveted award would have likely been a letdown without fans, and more importantly, parents in the stands. Thankfully, Student Council Sponsor and Homecoming Coordinator Jennifer Cornelius had been planning ahead.

“I was always hoping to reschedule.  I was just not sure how long we would be in the red and if it would work out,” Cornelius said.

While it appears that MCHS is on track for a traditional homecoming ceremony, Cornelius had other tricks up her sleeve so this year’s group of seniors would not miss out on another high school right of passage.

“We looked at a virtual option or maybe even baseball season,” she said.

While the ceremony is still planned, Cornelius recognized that COVID is still a reality in the county and our school. MCHS occasionally has students who are forced into quarantine due to positive tests or close contact situations. However, Cornelius felt that the show must go on even in the face of possible quarantines in this case.

“It would take a lot of quarantines to reschedule,” Cornelius said, “but if somebody has to quarantine, they just won’t be able to be there.”

The February 19 homecoming ceremony will occur between the junior varsity and varsity boys basketball games against Columbus East in Conner K. Salm Gymnasium, mainly because Cornelius wanted to hold it as late in the season as possible while still residing on the weekend. The Senior Night ceremony is already occupying the February 20th game versus Trinity Lutheran, so the Columbus East game was the natural fit.

Cornelius stated, “We’re very excited to have a homecoming ceremony this year.”

The high school will also include its customary yearly celebration with its themed clothing days with the yearly ceremony. Here are the following dress-up days for the high school starting next week:

Since the advent of the Coronavirus, basically one year ago this month, many traditional elements of high school life have been thrown into a tailspin or canceled altogether. Luckily, the students of MCHS will be able to hold onto their winter homecoming ceremony.