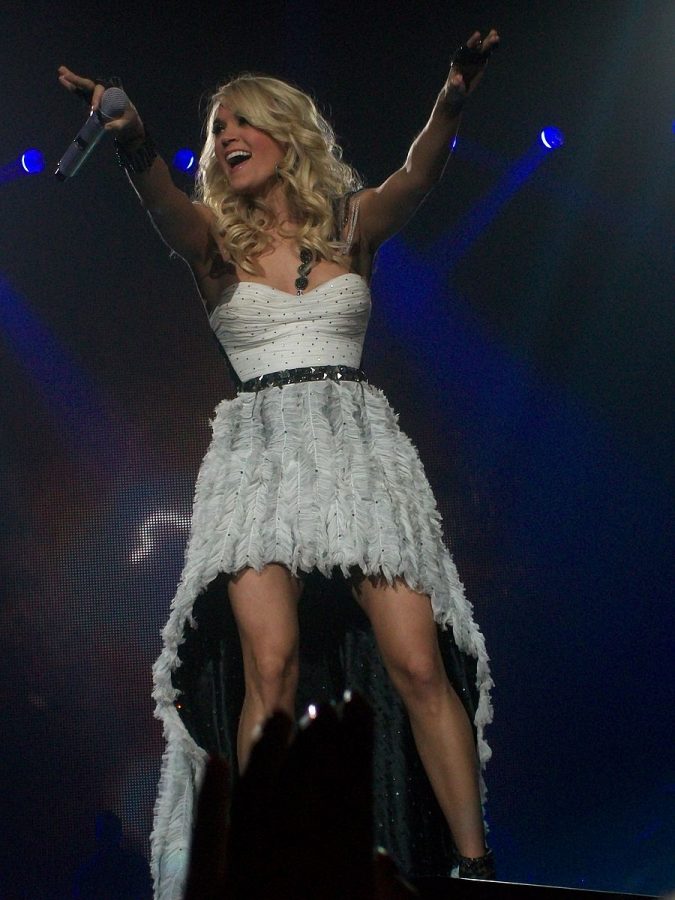 Carrie Underwood from her 'Blown Away' tour. Via commons.wikimedia.org

Carrie Underwood has announced that she will be leaving her Country Music Association Awards hosting gig beginning in 2020. Underwood announced the news on her Instagram, stating,

“… I’m so incredibly grateful to everyone involved with the CMA Awards all these years. It’s hard to imagine topping what we have accomplished together, so I’ve decided that it’s time to pass the hosting torch (at least for now!) to others that will cherish and honor it as much as I do.”

Underwood has hosted the awards for over a decade, 11 of those years with her partner in crime, Brad Paisley. Paisley was not present at the 2019 awards, being replaced with female country artists Reba McEntire and Dolly Parton.

The reasons for Underwood’s departure are not clear, but a couple of theories suggest the leave has something to do with failing to win Entertainer of the Year in 2019, losing it to Garth Brooks. Another theory is that since Underwood is a mother of two, she left to focus on being a mom.

Whatever the reason, one question lingers: who will replace the “dynamic duo” at the 2020 CMA awards?  A theory proposed by tasteofcountry.com suggests Kelsea Ballerini and Thomas Rhett will face the challenge next year as both have hosted CMA Fest before, both have put out multiple albums, and both have “crossover appeal”.

This makes sense, as both have major hits like Ballerini’s “Miss Me More” and Rhett’s newest hit, “Remember You Young”.  Plus, that type of music appeals to the younger audience. From a “pop country” perspective, this makes a lot of sense, considering both songs have a snap-type beat to them.