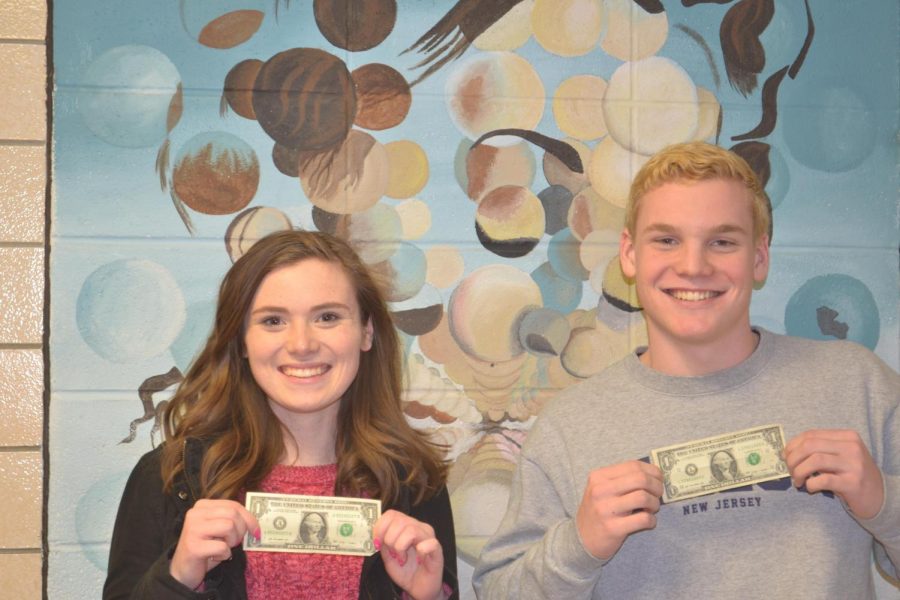 Seniors Hannah Huff and Eoin McMahon display dollar bills after winning the most likely to be a millionaire superlative.

Senior superlatives have had a long history of bringing fun, excitement, and surprise to seniors across the country. Madison Consolidated High School has been running a senior superlative spread through in the yearbook (Mahisco) for several years now. The student body anticipates their senior superlatives throughout high school and the results are highly anticipated. This year The Madisonian has exclusive rights to announce this year’s winners.

Madison’s superlatives are voted on by the senior class via Google Forms. The process began January 17th with a write-in portion where candidates were nominated. From those nominations, a separate form was released as a multiple choice questionnaire. 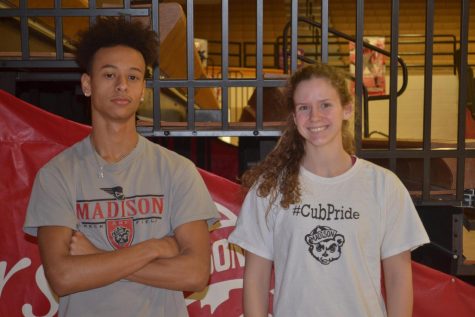 To keep one student from receiving two or more superlatives, the Mahisco staff, who is in charge of the ordeal, takes the runner-up (second most voted) for the title if a student has already received a superlative. This creates a variety of names shuffled into the superlatives so more students get a chance to experience the enjoyment of receiving a superlative.

The following are the names listed of the seniors of Madison Consolidated High School who won titles of their senior superlatives:

Most Likely to be Famous:
Bryan Hernandez
Jordyn Bryant

Most Likely to be President:
Bergen Cornelius
Harper Smith

Most Likely to be an Actor:
Eric Larkins
Emma Lostutter

Most Likely to be a Millionaire:
Eoin McMahon
Hannah Huff