Teens to March on the Statehouse for Climate Change 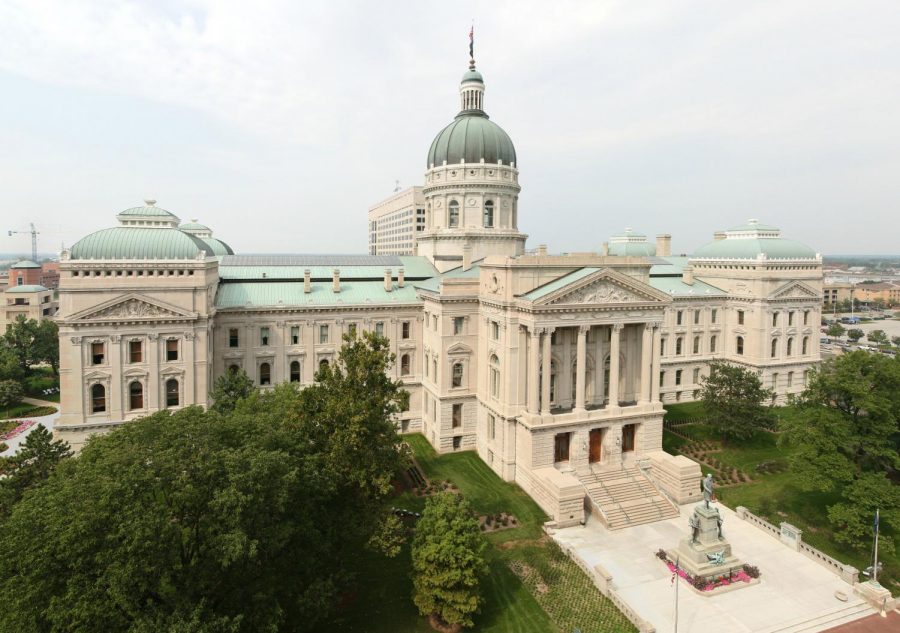 On Friday, March 15th, a group of Madison Consolidated High School students will be skipping school to attend The U.S. Youth Climate Strike in Indianapolis. From 12-2 p.m., they will be protesting on the south side of the Indiana Statehouse against perceived Indiana representatives’ inaction on the issue of climate change. The rally is just one of many that will take place on March 15th with a strike planned in almost every American state and strikes happening that day in more than 47 countries worldwide.

The movement is inspired by Swedish activist Greta Thunberg’s weekly climate strikes. The #FridaysForFuture is a movement that began in August 2018 after 15-year-old Greta Thunberg sat in front of the Swedish parliament every school day for three weeks to protest against the lack of action on the climate crisis. On the eighth of September, Greta decided to continue striking every Friday until the Swedish policies changed to be in line with the Paris Climate Agreement.

The hashtags #FridaysForFuture and #Climatestrike spread, and many students and adults began to protest outside of their parliaments and local city halls all over the world. This has also inspired the “Belgium Thursday” school strikes.

Said Thunberg, “Some people, some companies, some decision-makers, in particular, have known exactly what priceless values they have been sacrificing to continue making unimaginable amounts of money.” The absurdity of telling young people to prioritize homework over climate action is part of the reasoning behind the strikers’ actions: “If I don’t have a future, why go to school?”

MCHS Principal Michael Gasaway has agreed to give any student attending the strike on March 15th an excused absence from school provided they attend the strike and add their name to the official strike sign up for MCHS, linked here: tinyurl.com/yynm97sn

The Youth Climate Strike movement “comes amid an onslaught of increasingly dire warnings about the climate. Scientists recently announced that the world’s oceans are warming 40 percent faster than was previously thought. In October, the Intergovernmental Panel on Climate Change reported that global temperatures could rise by the dreaded benchmark of 1.5 C above pre-industrial levels in just 12 years.” (Rolling Stone)

For more information on the state of earth’s climate visit the official website for the United States’ Environmental Protection Agency here: https://www.epa.gov/climate-research

I, Senior Sophia Hall, am The Youth Climates Strike’s representative at MCHS. You can contact me at [email protected] or as @sophie.eh_ on Instagram. If you have any questions at all I am more than happy to answer them. Whether it is about why the strike is important, how to participate in the strike, or needing transportation arranged to Indianapolis for the strike, I will gladly work with you. For more information on The Youth Climate Strike’s platform, demands, and solutions, visit https://www.youthclimatestrikeus.org/platform.